Many people don’t know what is a summer kitchen. For those of you who don’t know it:  A summer kitchen is a small kitchen used primarily for cooking food during the hot summer months. It is typically located in a separate building or structure from the main house and is often used for preparing meals for large gatherings or parties.

In the 18th and 19th centuries, summer kitchens became popular and were available in most households that could afford them. A summer kitchen was an old building made of brick or wood next to the main house. These structures were famous for many reasons, but the most important was because there wasn’t indoor plumbing or air conditioning at the time.

These structures of one- to one-and-a-half stories were famous in New England, upstate New York State, and the mid-Atlantic region. The idea was popularized by large farms in the Midwest, first introduced to pioneers in the 1800s.

Most cooking was done on an open fireplace or a wood or coal stove. This generated a lot of heat and smells, which were not ideal for a house without air conditioning or fans. An outdoor kitchen was a great way to keep the house cool in summer and move cooking smells outside. 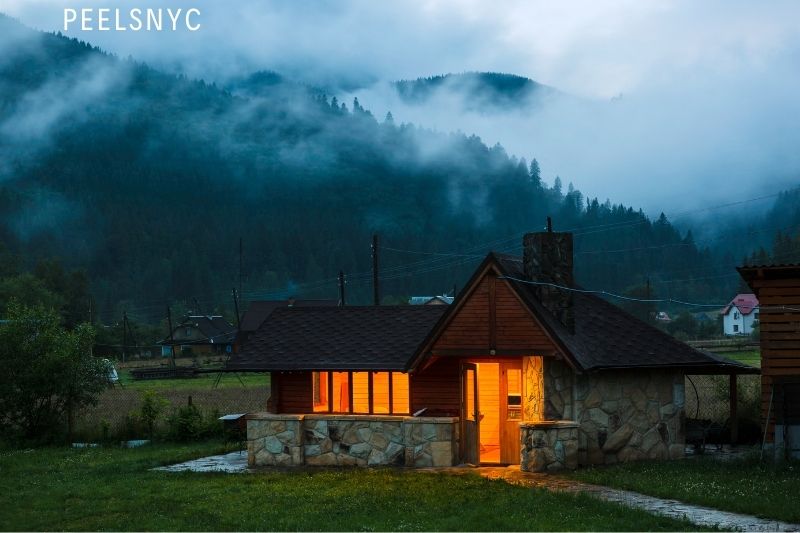 This was done to avoid common house fires before open flame heating and cooking. It was safer to have a large fireplace outside than it was inside.

The kitchen was used to prepare all food and brought it into the main house for serving. Large kitchens could be used to prepare and store food all year round. These structures were more common in historic homes with less wealth over time.

Although they weren’t as large as the two-story houses found on large estates, they were still a great place to store food in fall and winter and pickle, preserve, and cook in the summer.

Characteristics For A Summer Kitchen

A summer kitchen can be described as a small structure located next to a home used to cook and prepare summer food and store winter food.

The space’s main purpose was to allow you to cook in summers, so you must have a stove or other type of cooktop. A summer kitchen often has an ample work surface, such as a countertop or table. This can be used to prepare meals, clean produce, fold laundry, oven, sew or do other household chores. 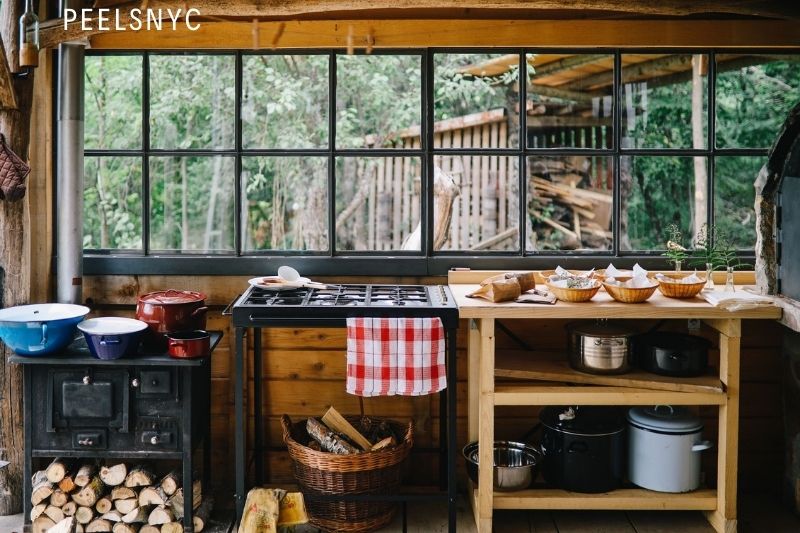 Sometimes the exterior looks like a shed. Other times it is constructed from a different material. Brick and wood are the most popular building materials for summer kitchens. It is often located near the main house but is sometimes semi-detached or fully detached. This makes it an independent structure.

The Large Summer Kitchens Were Spacious Enough To Cook In

Many large summer kitchens were built on large plantations or estates. They were often made of timbers or stone to match the main house’s style. Some also featured second-story sleeping quarters that enslaved people and servants could use.

These small building kitchens provided additional space for chores such as sewing and laundry and were not uncommon to have 1,200 square feet on the main floor.

Many of these kitchens had dirt floors, while others included excavated root cellars that could store root vegetables and can them over winter. A large chimney rising from the roof is a sign of a summer kitchen structure. 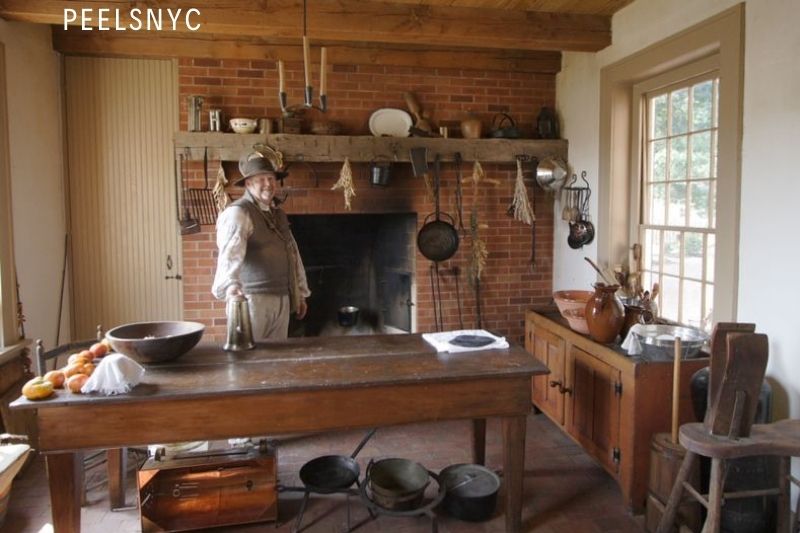 The average homeowner had a smaller summer kitchen. While some were made with high-quality materials like stones or timbers, and many were built from inferior wood or logs. This was especially true for those who lived in the Midwest, where higher-quality materials were scarce or prohibitively expensive.

Although they aren’t as common today as they were in the past, they still make a great addition to any home, especially in warmer climates.

Similarly to summer kitchens of the past, the ones today are outfitted with cooking appliances–although these days that means a gas grill instead of an open flame fireplace–refrigerators and cooktops, and often have a dining table and chairs in them, which wouldn’t necessarily have been the case in the past. 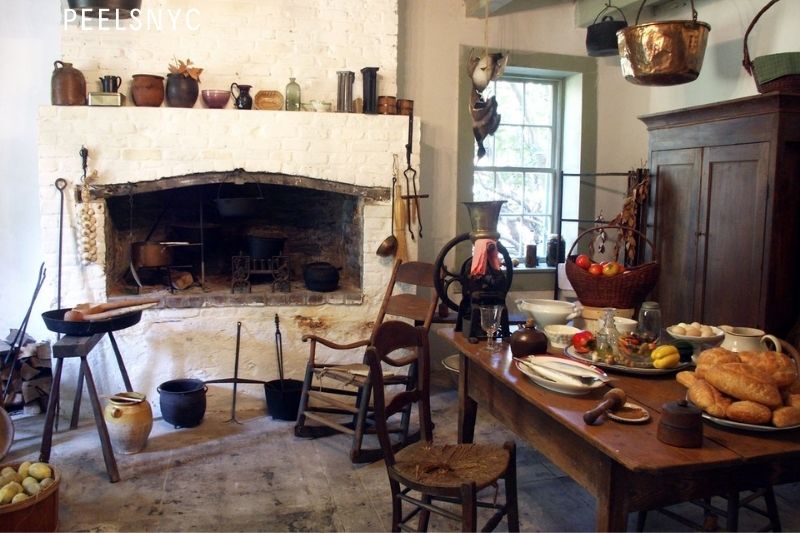 Even though the kitchen’s physical appearance and function may have changed, it is still a valuable feature of a house that offers a high return on your investment and allows you to entertain outdoors during warmer seasons.

Houses with restored summer kitchens can be used for special events and entertaining, just like properties with other historic outbuildings on a real estate listing such as blacksmith buildings, carriage houses, and tenant houses (small structures with board quarters).

Although few are still used for cooking, those often have been renovated with modern appliances and flooring over the original dirt floors. Some homeowners consider turning the structure into an art studio, library, or guest house.

If you have intent to remodel your cabinet, read this article: How To Install Kitchen Cabinets?

What is the point of summer kitchens?

What is a basement summer kitchen?

Summer kitchens are usually basement kitchens that Italians once owned. 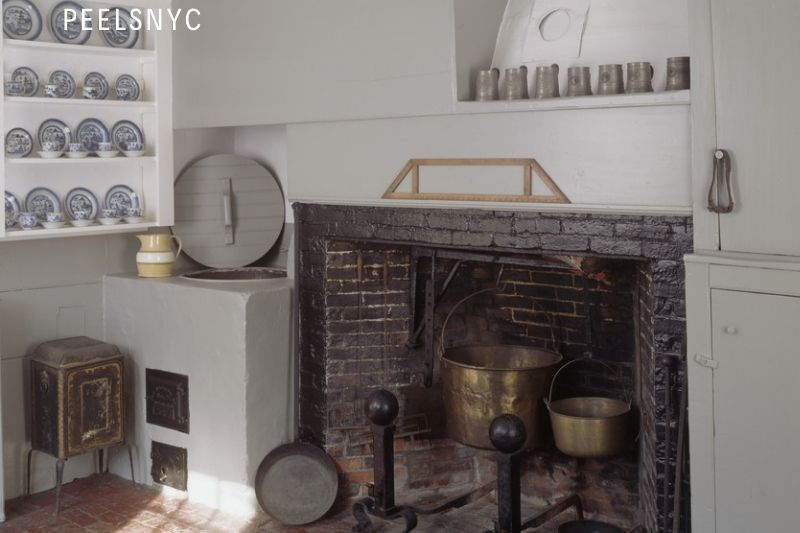 Why are old houses equipped with small kitchens?

Older houses often had a small kitchen and a large pantry to house the staff. It was also known as the butler’s pantry. This was where food, silverware, and other items could be stored. The heart of the home is the kitchen.

The history of summer kitchens is quite extensive. Even though most people prefer the convenience of modern outdoor kitchens, many people still prefer having their summer kitchens to cook with.

These kitchens may have been initially built outdoors, but many people now use them for cooking inside their homes. Many people develop their summer kitchens to create a custom kitchens for their families.

Whether you are building your summer kitchen or simply planning to use an existing one, Peelsnyc hopes that this article has helped you learn more about these fantastic kitchens. As always, if you have any comments or questions, feel free to post them in the comment section below.