Hell’s Kitchen is a popular cooking reality show on Fox in the United States. The show is hosted by celebrity chef Gordon Ramsay, who puts aspiring chefs through a series of cooking challenges until one is crowned the winner.

If you wonder Hell’s Kitchen Where Are They Now? Then you are in the right place. Below is the list of all winners of the show and each individual’s career that won.

Hell’s Kitchen, an American reality TV cooking show, is hosted by Gordon Ramsay. The FOX channel premiered the show in 2005. The show gives the winner a job as head chef at a restaurant. The show is shot in a restaurant studio.

The show starts with 20 participants and then reduces to 12, reducing to one winner each episode by eliminating one contestant. It has reached 19 seasons and was promoted to season 20 in May 2021. While the first 18 seasons were shot at Los Angeles, Fox renewed their 19th and 20th seasons in 2019, which were shot in Las Vegas.

Michael Wray, a professional chef from Fort Collins, Colorado, was named after him. Both Gordon and critics enjoyed his dishes, and Michael Wray won Hell’s Kitchen season 1.

He could choose to open his own restaurant or travel to London to learn from Gordon.

After Hell’s Kitchen, Michael agreed to work for Gordon, but he realized the stress this would cause his family and decided not to accept the prize. 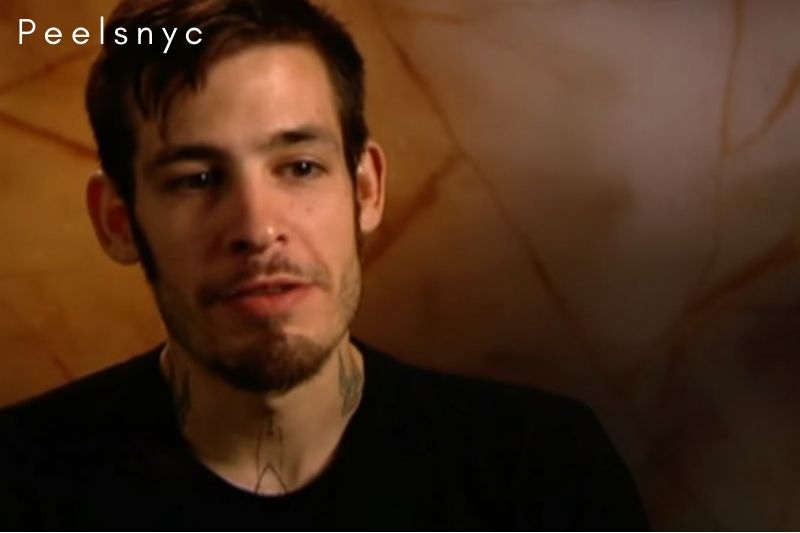 After moving to Arizona, he became the Head Chef at The Standard Los Angeles. He had the vision to open his restaurant HK One. He also owned a knife company and taught cooking classes.

He has experienced the loss of his daughter, a marriage breakup, and the failure of his home. To help him raise funds for his food truck, please donate here.

Heather was the Senior Chef at Terra Rossa in Nevada, after Hell’s Kitchen.

After that, she worked as a Head Chef at Monteray Restaurant and Jellyfish Restaurant before moving to Schafers, Port Jefferson. She was married to her husband in 2014, and they have two children.

Rock Harper, an Executive Chef, was from Spotsylvania Courthouse in Virginia. Rock Harper was the Hell’s Kitchen Season 3 Winner because of his confidence in the kitchen, leadership skills, and ability to motivate the team.

He was then an Executive Chef at Ben’s Next Door and an Instructor at Stratford University.

He was a contestant on Chef Wanted and was awarded the Executive Chef position at The Precinct.

He also wrote a cookbook called 44 Things Parents Should Know About Healthy Cooking for Children. However, he didn’t accept the work. He has also been involved in advisory roles with numerous businesses.

Christina Machamer was originally from St. Louis, Missouri. Due to her extraordinary potential, she was the Hell’s Kitchen Season 4 Winner.

She left her job and returned to school to become a sommelier. She now lives in Napa Valley. She was the Director of Wine and Culinary for B Cellars Vineyards & Winery and is now in charge of Caldwell Vineyard. She is also a personal chef.

Danny Veltri, an executive chef from Edgewater, Florida, was named Hell’s Kitchen Season 5 Winner. His growth on the show meant that he proved to Gordon that he was a skilled and mature cook.

After Hell’s Kitchen, Danny was promoted to Sous Chef at Borgata Casino and Spa Atlantic City, New Jersey. He resigned after a few months.

After starting his own catering company called Back From Hell Catering, he moved to Gnarly Surf Bar & Grill with other investors. In 2012, he was arrested for DUI.

Dave Levey, an Executive Chef from San Diego in California, was his name. His natural talent in the kitchen made him the Hell’s Kitchen Season 6 Winner.

Dave accepted the position at Araxi Restaurant after Hell’s Kitchen. He remained there until the end of the 2010 Winter Olympic Games. He was offered a position as a line chef, not the Head Chef position he expected.

He was released from prison in New Jersey and returned to work in various kitchens. Dave is currently the Head Baker at Mara’s Cafe & Bakery, Denville.

Holli Ugalde, a San Bernardino Banquet Chef, was born in California. During the season, her confidence and abilities made her the Hell’s Kitchen Season 7 winner.

Holli claims that Holli was denied the London position after Hell’s Kitchen. This is despite Holli disputing this. Holli claims that she isn’t sure she applied as she didn’t complete any paperwork. Instead, she accepted an undisclosed sum of cash as her prize. 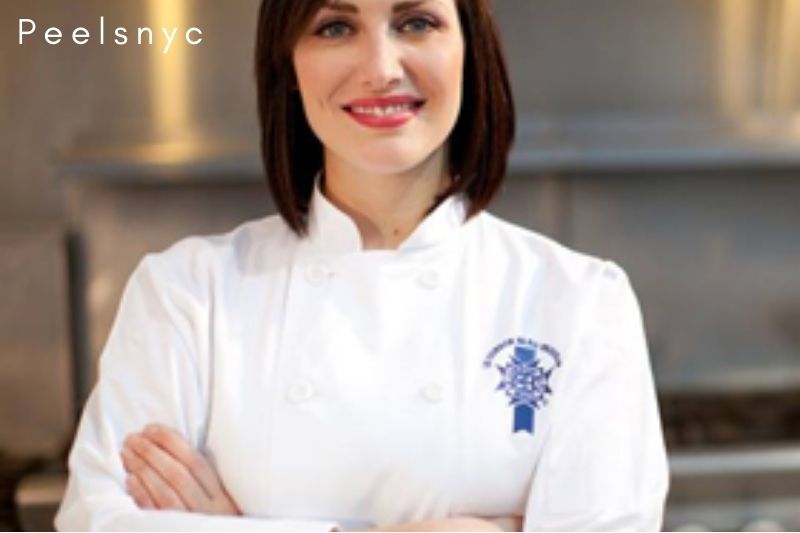 After briefly returning to Florida as a chef in a hotel, she started SENS Wellness’s lifestyle program. She is also an Eco-Luxe designer at Colheita Lighting.

Nona Sivley, a Sous Chef from Atlanta, Georgia. Her remarkable improvement and passion for cooking made her the Hell’s Kitchen season 8 Winner.

Nona was appointed Head Chef at LA Market after Hell’s Kitchen. Her winning menu is now part of the restaurant’s menu. After three years, she left to join her mentor Kerry Simon’s first restaurant, Pork & Beans. After the restaurant was open, she opened Sizzling Peach, her catering company.

Paul is currently the Corporate Executive Chef at SALT7.

She was 32 years old when she won the tenth season on “Hell’s Kitchen”, September 10, 2012. She was first a head chef at Gordon Ramsay Steak at the Paris Casino, then an executive at Gordon Ramsay BurGR at the Planet Hollywood Casino. After that, she became Culinary Director at Gordon Ramsay North America.

Ja’Nel Witt, a Houston Executive Chef, was born in Texas. Ja’Nel Witt was the Hell’s Kitchen Season 11 Winner, but she declined to accept the position, allegedly failing a drug test. However, she was offered $250,000 in prize money.

Ja’Nel, who was previously Executive Chef at Corner Table, moved to Sammy’s Steakhouse after Hell’s Kitchen. She is currently the Executive Chef at Sonoma Wine Bar & Restaurant. Ja’Nel was also a host of cooking demonstrations and events and hosting cookery classes.

Scott Commings, an Executive Chef, was from Woodstock in Illinois. His passion, determination, and leadership skills made him the Hell’s Kitchen Season 12 Winner. 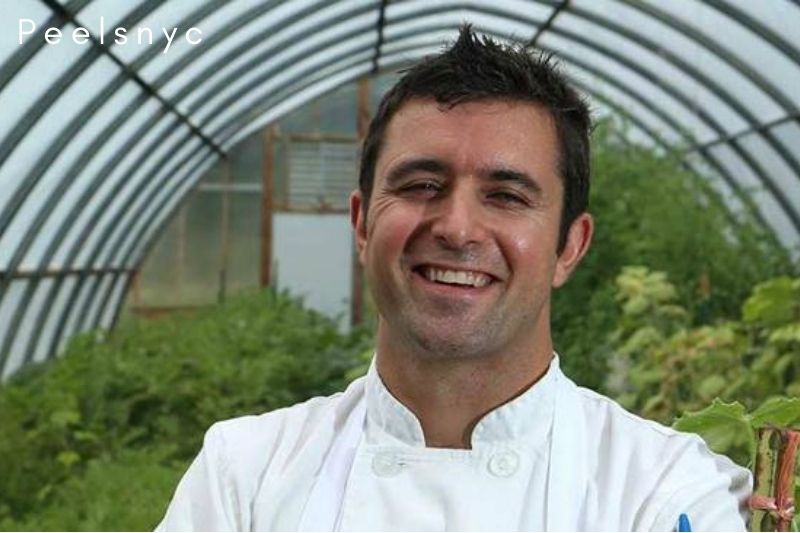 Scott was appointed Head Chef at Gordon Ramsay Pub & Grill, Caesars Palace. He then became Executive Chef of Freedom Beat, The Downtown Grand Hotel & Casino. He is also the co-founder of BLT Foods Las Vegas. He opened Stove in Las Vegas in 2018 with Antonio Nunez, his co-owner.

Scott Commings, an Executive Chef, was from Woodstock in Illinois. His passion, determination, and leadership skills made him the Hell’s Kitchen Season 12 Winner.

Scott was appointed Head Chef at Gordon Ramsay Pub & Grill, Caesars Palace. He then became Executive Chef at Freedom Beat at The Downtown Grand Hotel & Casino. He is also the co-founder of BLT Foods Las Vegas. He opened Stove in Las Vegas in 2018 with Antonio Nunez, his co-owner.

Meghan Gill, an Executive Chef, hails from Roanoke in Virginia. Because of her passion, determination, and leadership skills, Meghan won Hell’s Kitchen Season 14 because she was passionate.

Ariel Malone, a Country Club chef from Hackensack in New Jersey, was Ariel Malone. Her confidence in the kitchen, cooking skills, and outspoken nature made her the Hell’s Kitchen Season 15 winner. 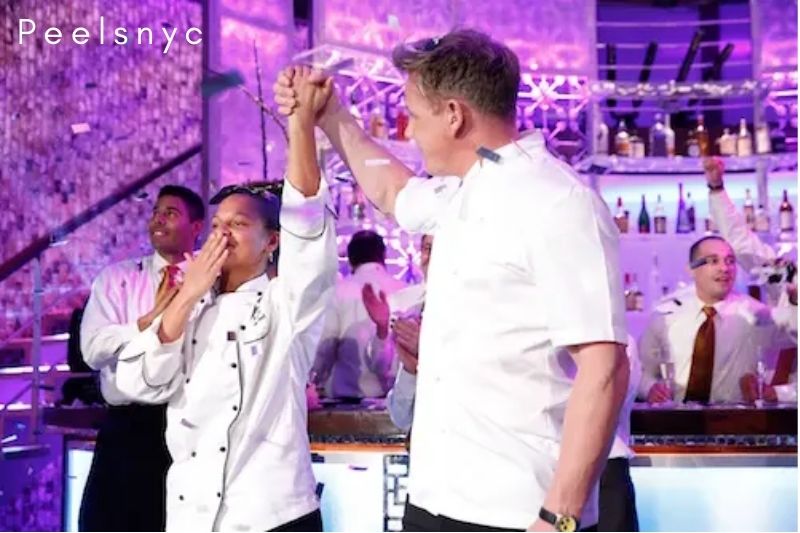 Ariel was the first female head chef at BLT Steak in Bally’s Las Vegas from Hell’s Kitchen. She held that position until January 2017, when she moved on to other opportunities. Ariel has three children, including twins.

Based on her performance throughout the season and in the finale, Michelle was named Hell’s Kitchen season 17 Winner.

Ariel Contreras Fox was the Hells Kitchen Season 18 Winner due to her incredible growth since her first appearance on Hell’s Kitchen. She demonstrated her leadership, talent, and determination throughout and offered Mia the runner-up position.

She was elected Vice President of Culinary at Del Frisco’s Double Eagle, Del Frisco’s Grille, and Dos Caminos in May 2020. 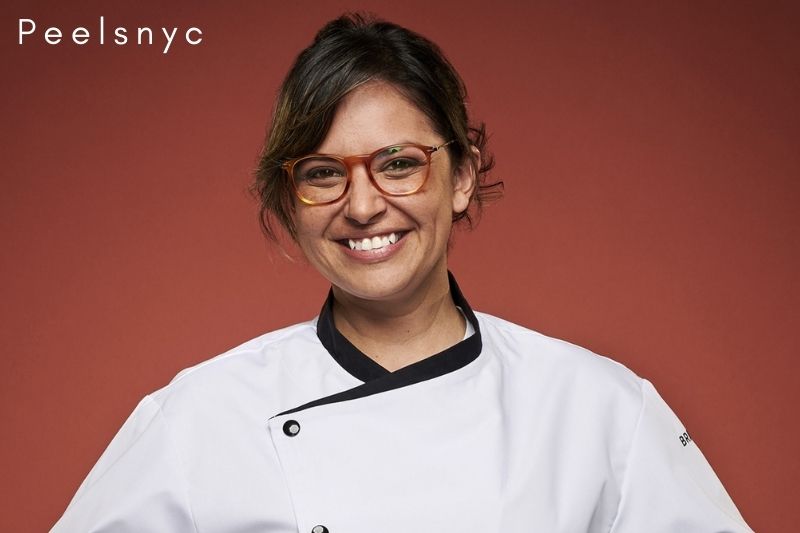 Trenton Garvey, an Executive Chef, was from Union, Missouri. After Gordon reviewed their comments, he was named the Hell’s Kitchen Season 20 Winner.

Trenton, the executive chef at The Blue Duck, has been named Hell’s Kitchen’s Executive Chef.

If you are curious about the place to hold Hell’s Kitchen, read our article: Where Is Hells Kitchen Filmed?

As you can see from the article, every winner of Hell’s Kitchen was not a well-known chef in their own right. The show is a cooking reality show, and its contestants are more concerned with cooking than eating for the judges. Though not famous chefs, all of the contestants were talented and had a desire to become better at cooking. This shows that you can improve yourself in any field of work.

Hell’s Kitchen is an entertaining show, and you will enjoy the hell out of it if you watch an episode or two. Hope you liked the article by Peelsnyc and that you have a great day.